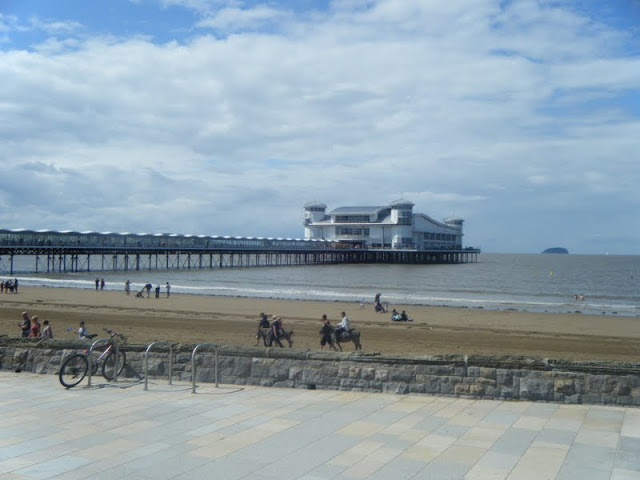 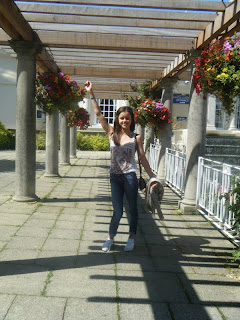 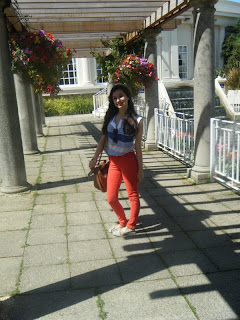 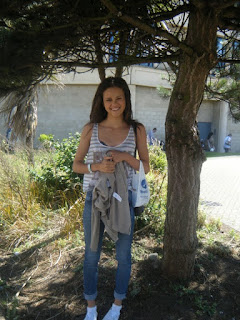 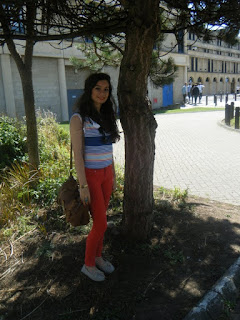 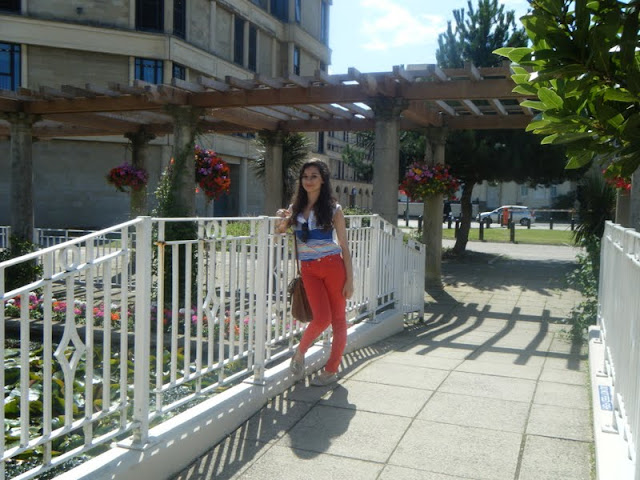 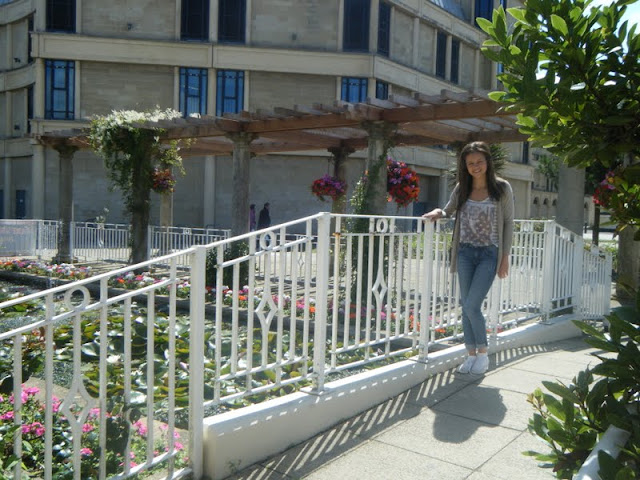 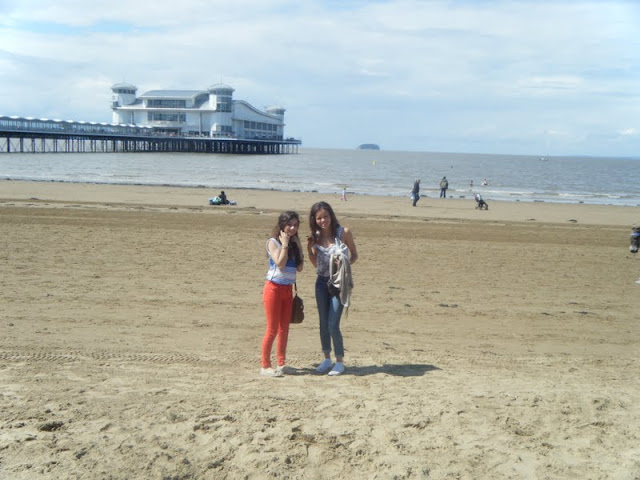 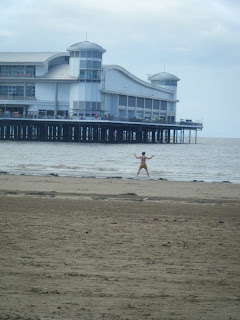 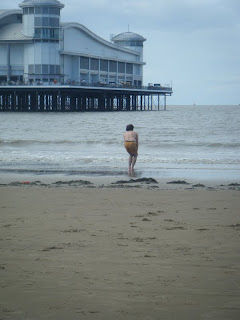 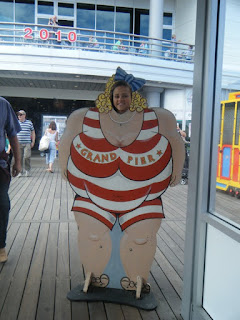 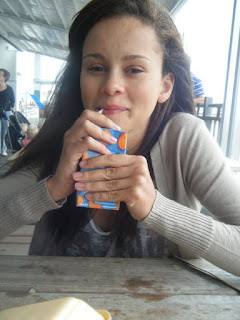 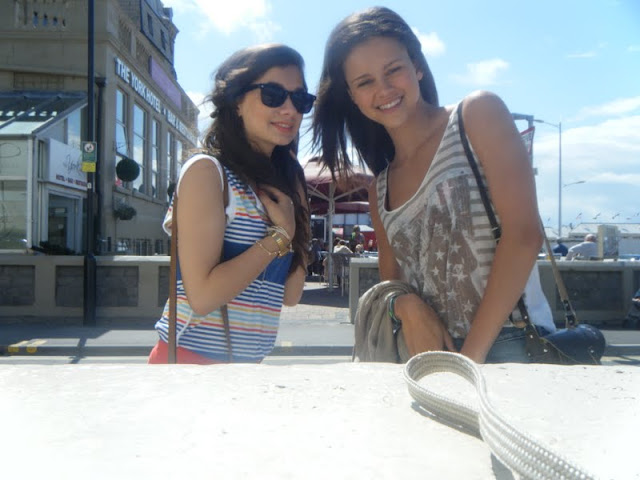 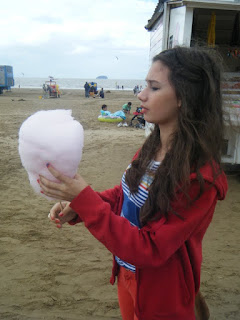 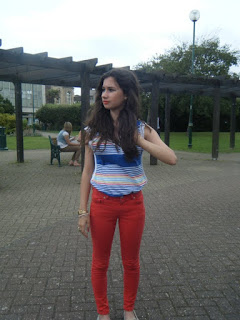 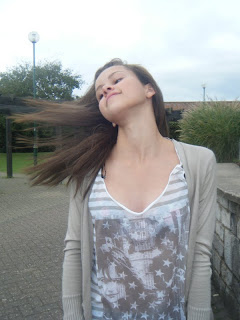 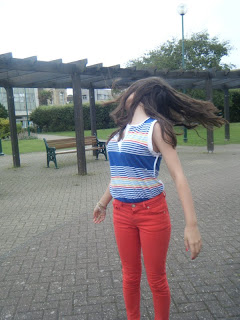 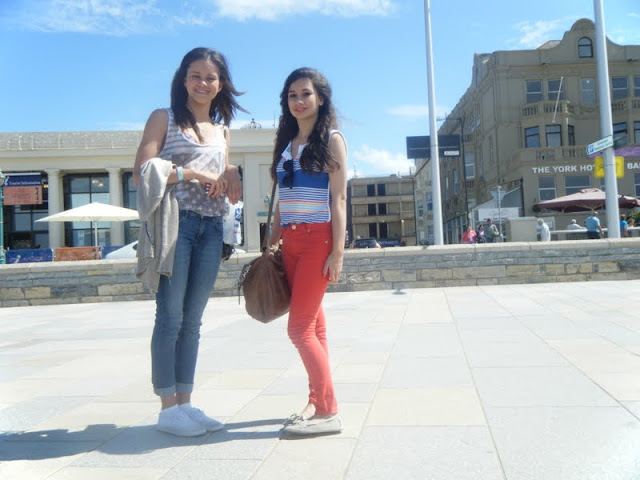 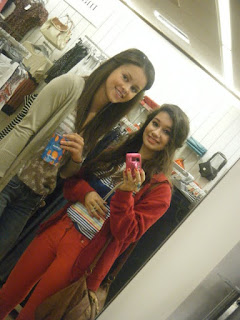 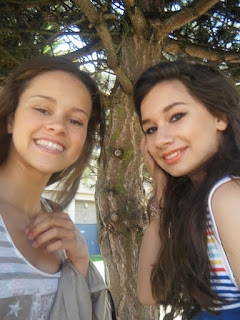 This is a very picture heavy post because we took a load of photos on our train trip to Weston Super Mare. I went with my fabulous, pretty friend Robyn and we got the train at 10:25am on Saturday morning. I was dropped off outside Bristol Train Station (which reminds me so much of Harry Potter for some reason, probably because of the old building) and I met Robyn in the queue. We paid for our childs ticket which was only £2.90!, which I think is amazing, cheaper than going to town as for me it is £4.85 which is a complete rip off. It only took half an hour to get to Weston which was brilliant, and on the way there we had a scabby train :( We got there and I whacked out a map on how to get to the town centre as we had no idea. It was quite embarrassing so we ended up slipping it into my bag and following the signs saying 'Town Centre' and 'Sea front'. We passed these Church healing people and I was so tempted to get healed of my headaches and migraines, but it was too embarrassing as there was this hot boy selling baby balloons (suppose it was more embarrassing for him haha). Robyn got ripped off by Sub Way as the staff didnt ask her what size baguette she wanted, he got got her a full sized one. He said it was going to be £2.29 (or something like that) for a Sub of the Day, and she got charged £4.29! That had to be her breakfast and lunch because she didnt have very much money on her. We sat on the beach for a while and watched this amusing man do yoga right in front of everyone - he was doing some stupid things like waggling his bum around, which is fine if your at home but not on a  public beach! I got a video and photos of him hahaa. Later on we finally went onto the Grand Pier which was lovely, although I did prefer the normal outdoor one. This rides on the new one is ridiculously expensive... £5 per ride to go on a popular one, and the other decent ones were £3/£4 each time. That is so overpriced to go on some silly rides, before it was a only like £2. We ended up not going on any because otherwise we wouldnt have money for donuts, drinks, lunch or candy floss. Quite disappointed really. I had chicken nuggets and chips on the Pier for my lunch which mostly tasted of fish. Robyn digged into her half eaten Subway sandwich and we looked out onto the dirty, muddy, disgusting sea, and watched the gulls pick onto left overs. For sweet snacks I got three for a £1 donuts, Robyn got 5 for £1.50 hahaa, and I got candy floss on a stick which I had been searching for all day! The wet pink stuff went all over my new, seriously sick feeling tight jeans which mum is still washing off, my bad :/ A lot happened so I wont keep boring you, but we had to sprint (well I was lagging behind) to catch our train and we missed it so we had to wait another half an hour which wasnt too bad. We didnt have too bad a train this time. Anyway we had a really fun, eventful day and I really enjoyed myself! We are planning to go to Wales next and sit on the beach popular known from Gavin and Stacey :)

Hope you guys are having a nice weekend and I will be doing another video some time next week, and I will be posting throughout the day. xxxx 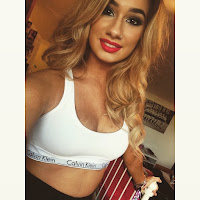